Prepare for your congregation's response to the recent shootings. Visit the PC(USA)'s collection of resources to find hymns,  a policy statement, curriculum,  worship resources,  guidelines to help families interpret the events for children, and more. Download resources

Read the President's plan to protect our children and our communities by reducing gun violence.

Download a report to see how Presbyterian Disaster Assistance has been responding to shootings since the late 1990's.

Learn more about the 2012 PC(USA) documentary TRIGGER:  The Ripple Effect of Gun Violence.

What else can your congregation do?

10 Things You Can Do to Prevent Gun Violence

All suggestions are based upon the recommendations approved by the 219th General Assembly (2010) in Gun Violence, Gospel Values:  Mobilizing in Response to God’s Call. PDS #24-0452-11-002 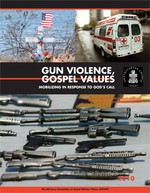 This report, approved by the 219th General Assembly (2010), challenges our society's fatalism and numbness in accepting the highest gun death rates in the world, reviews past church positions and proposes a new "spiritual awakening" approach: a church-related, community-based strategy inspired by “Heeding God’s Call” in Philadelphia, with similar groups in Richmond, Virginia and central New Jersey. The report looks at our culture of violence-acceptance, with its undercurrents of fear and desperation.

Find out how you can respond to gun violence 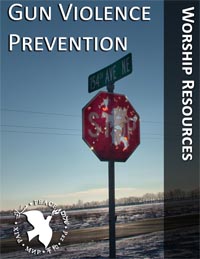 Gun violence impacts most if not all of our communities.  Many of our worshiping communities are in or near neighborhoods of increasing violence.  Many Presbyterians know persons who have been victims of gun-related crime or violence.  The 219th General Assembly in 2010 approved the resolution “Gun Violence, Gospel Values:  Mobilizing in Response to God’s Call,” and that’s just what Presbyterians have been doing since then.  In the past 2 years a movement has been building to not only awaken our members and worshiping communities to the faith dimensions of this on-going tragedy, but also to assist them in initiatives to more effectively address the problem of gun violence.

TRIGGER: The Ripple Effect of Gun Violence shares the story of how gun violence impacts individuals and communities and examines the "ripple effect" that one shooting has on a survivor, a family, a community and a society

Learn more about this video