See an interactive map of the Middle East.

The Middle East has been of prayerful concern for the Presbyterian Church (U.S.A.) for more than a century and a half. Over the years, educators, theological teachers, medical teams, rural health workers, agricultural experts, engineers and other specialists have been sent as missionaries by the Presbyterian Church to Syria, Lebanon, Egypt, Morocco, Palestine, Israel, Iran, Iraq, other Gulf States and Afghanistan. In the 1800s Presbyterians are credited with the establishment of distinguished educational and health institutions in the region. Among those are the American University of Beirut, Beirut College for Women (later called Beirut University College and now Lebanese American University), the American University at Cairo and an impressive number of high-quality private primary and secondary schools and colleges. The American Mission Hospitals at Tanta and Assiut (Egypt) and Hamlin Hospital in the hills of Lebanon and places where many have experienced the love of God and the healing presence of Christ. Women’s formal education was an early initiative of Presbyterians in the region, recognizing that the strength of any society depends primarily on equal opportunities in education. The long vision of Presbyterians for theological education and rural-urban evangelism was primarily responsible for the development and growth of many vibrant new churches and two strong seminaries, one in Cairo (The Evangelical Theological Seminary) and the other in Beirut (The Near East School of Theology). 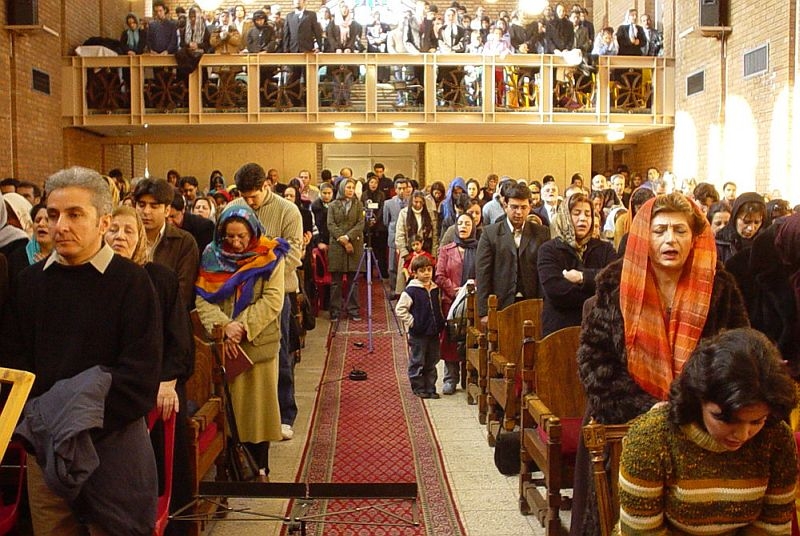 Today our church’s mission commitment is carried out through partnership with churches, church institutions, ecumenical bodies, Christian development agencies and health care programs, seeking to make known the love and compassion of Jesus Christ, and with nongovernmental organizations committed to promoting justice, peace, interfaith understanding and cooperation, stewardship of the environment, human and civil rights, religious liberty and the improvement of the quality of life.

The Fellowship of Middle East Evangelical Churches brings together Protestant denominations throughout the Middle East.

All countries in the Middle East region are listed below; countries with web pages are highlighted.

From the Nile to the Euphrates: The Call of Faith and Citizenship
A Statement of the Christian Academic Forum for Citizenship in the Arab World

Middle East Initiative of the UCC

The Spring 2015 issue of Mission Crossroads: "Answering Christ's Call in the Middle East"

Observing the 100th Anniversary of the Armenian Genocide

Christians in the Middle East – Past, Present and Future

Can Christianity Survive in the Middle East?

Arabic-speaking Christianity, a lecture by the Rev. Dr. Kenneth Bailey

Kairos Palestine: A Moment of Truth

Read about Christians in the Middle East (from the BBC)

Resources for
Presbyterians at work around the world

News for
Presbyterians at work around the world