Learn about the Global Exchange logo. 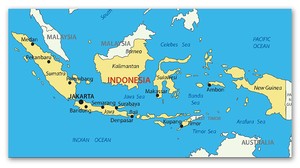 The 2017 Global Exchange will take a group of U.S. Presbyterian women to Indonesia, September 12–29, 2017. Guided by Romans 1:12 (“. . . so that we may be mutually encouraged by each other’s faith, both yours and mine”) participants will learn how to live respectfully in a multifaith culture and encourage and accompany one another as together they seek a more peaceful and just world. This fact-finding, relationship-building program will include one woman from each synod, who, following the trip, will share what she experienced with her synod. The application window has closed, but a participant listing and other information will be available soon. For additional information, contact PW’s associate for mission at 502/569-5402 or by email.

The U.S. women will be available to speak in their synods about the trip upon their return, and the January/February 2018 issue of Horizons will detail the trip. Indonesian women will complete the “exchange” part of the trip by attending the 2018 PW Gathering. Stay tuned for additional information.

Concept Behind the Global Exchange Logo