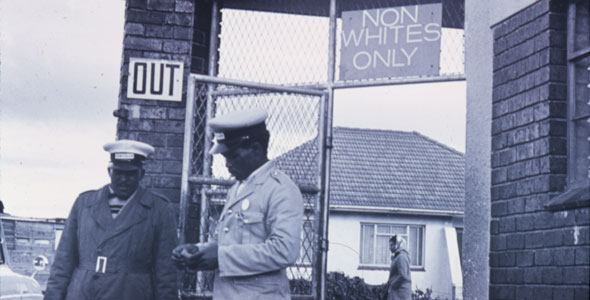 The Presbyterian Church (U.S.A.) professes that racism, in all its forms, is contrary to the gospel of Jesus Christ. Yet, it acknowledges that racism is a reality in both church and society. In faithful witness to the love of Christ, the church is committed to confronting racism and racial oppression in the church and the world, working to overcome racism with prayer, discernment and worship-based action.

This series of six antiracism study guides is appropriate for an hour-long conversation among adults or teens. They provide a pedagogical tool for empowering church communities to have important conversations about race and racism in relation to Christian faith. The study guides are based on topics and concepts covered in the church-wide antiracism policy “Facing Racism: A Vision of the Intercultural Community." The topics of the six guides are:  Biblical Imperatives to Antiracism, Envisioning a New Way of Life Together, PC(USA) and Racial Reconciliation, Racism 101, Enduring Legacy of Racism in the U.S., and Responding as a Community of Faith. This training tool includes a list of antiracism resources for congregations or presbyteries desiring further information. Click here to view the study guides.

Click here to view the Churchwide Antiracism Policy that has been submitted for approval to the 22nd General Assembly (2016).

The Presbyterian Church (U.S.A.) reaches out to its sisters and brothers of Emanuel African Methodist Episcopal Church of Charleston

The Presbyterian Church (U.S.A.) reaches out to its sisters and brothers of Emanuel African Methodist Episcopal Church of Charleston, South Carolina, where nine people were killed when a gunman opened fire Wednesday night during Bible study. We grieve with the families of the victims and members of their church community. We hope the perpetrator is soon captured and brought to justice.. Read more.

Fifty years after the signing of the Voting Rights Act of 1965, staff from across all six agencies of the Presbyterian Church (U.S.A.) came together Wednesday during a special worship service to witness to the love of God in the life of Dr. Martin Luther King, Jr., a martyr to the faith, in the cause of justice, whose birthday is being celebrated today in a national holiday honoring King. Read more.

Meet the Associate for Gender and Racial Justice: Sera Chung