Decently and beyond order

Katie Jasa is a senior MDiv student at Louisville Presbyterian Theological Seminary. She currently serves as an intern for the Compassion, Peace, and Justice ministry area.

As a lifelong Presbyterian, I get it: we like to do things “decently and in order.” We love our little boxes, and there are parts of me that fit—I am a young adult, a candidate for ministry, and a ruling elder. But I’m also bisexual.
That means I don’t fit the binary of gay or straight, and I certainly confound the assumption held by many congregations that their members are straight or will act straight.

And I am far from alone. More and more LGBTQ Christians are sitting in our pews. People identify as straight or gay, reject or claim the word queer, or pick from many other labels.

Some would prefer we not talk about nonstraight identities. They wouldn’t necessarily advocate exclusion; they would simply prefer a “don’t ask, don’t tell” policy. But that’s not an option for many LGBTQ Christians.

Being Christian and being queer are parts of my being—to keep one part of myself out of the church is to limit who I am when I serve God, and I don’t want to live that way. Rachel Jacobson, a young adult at Shadyside Presbyterian Church in Pittsburgh who identifies as bi and queer, believes that her orientation has deepened her faith journey.

“One thing I strongly do not identify as is ‘a Christian who just happens to be bisexual’—not just because it’s minimizing but also because my faith has been radically transformed by being queer, and for the better,” Jacobson says. “I don’t want my differences downplayed for ‘we are all one in Christ.’ My queerness is not incidental.”

Each part of the body of Christ is different, and those differences shape our faith. When I realized that I might not be straight, my faith gave me a foundation to accept myself. I grew up in a congregation that emphasized God’s grace and power. I knew I wasn’t defective. I had been created by the God who knew me before I knew myself, and it was fine not to conform to a worldview in which I didn’t fit.

But it can be difficult to remember how much God loves the whole world—not just straight or cisgender (identifying with the gender assigned at birth) people—when surrounded by congregants who either openly condemn us to hell or keep silent because they don’t want to “be political.”

I approach many in the church with the wariness of a tightrope walker, unsure how much of my story—indeed, my self—will be welcomed. I often am assumed straight, and so I have to out myself again and again. (Try mentioning your sexual orientation or gender identity casually during coffee hour. It’s awkward.)

So if being out is difficult, why do it? For many people, the answer is simple—they aren’t being called by the right pronoun, or they want to bring their partner to worship. But many aren’t just looking for acceptance: they want to share their gifts with the church. And full welcome and celebration does more than offer community to queer young adults and allies. By creating a more open environment for all people to explore who they are, it encourages more nuance and depth within the church.

Tad Hopp, a San Francisco Theological Seminary student who identifies as “called to love people of the same gender/sex,” says his experiences have taught him about the worshiping community he wants to cultivate. “[My identity] has caused me to reexamine my faith. . . . I know how much damage the church has done to the LGBTQ community. . . . I, however, want to be a different voice. I can work for change but only by staying a part of the church.” As a Young Adult Volunteer in Chicago, Hopp worked with Lake View Presbyterian Church’s Café Pride program, where queer and questioning youth can spend time together on Friday nights. Café Pride welcomes youth and young adults who need a confidential place to talk through their sexuality or want to socialize but not in a bar. 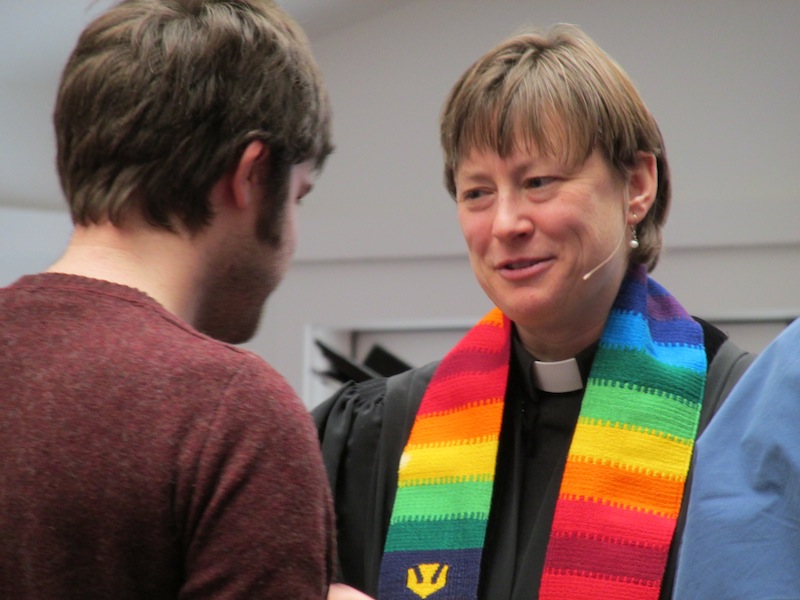 There are many aspects to becoming a safe space. Congregants should be careful not to assume everybody is cis and straight. Don’t ask a woman whether she has a husband, for example. Congregations can lift up events such as the Transgender Day of Remembrance to recognize injustice and violence against trans people. They can create opportunities for LGBTQ Christians to serve as leaders while remembering that one queer person’s opinion will never represent all LGBTQ Christians.

Not everyone needs to think the same way. Rather, this is an opportunity to invite members to listen to one another and to those who have felt excluded (for whatever reason). It’s a chance to explore differing interpretations of Scripture and learn from the real human lives caught in the middle—never as a debate but always as an invitation to hear one another’s stories.

The church should be a sanctuary. It should be a place where people can share their fears and hopes without judgment and where we learn that nothing can separate us from God’s love (Rom. 8:38–39). It’s going to take more than polite silence.

Making the church a sanctuary for queer Christians will only strengthen it. Such a church may experience less order, but in all of its unsettling ambiguity, it may also experience more grace. 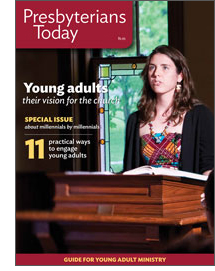