Support the church at work in Vietnam 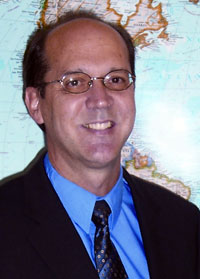 Michael Parker, Coordinator of the Office of International Evangelism

“The heart and soul of Vietnam’s house church movement is evangelism, and this core value is deeply embedded in every pastor and leader,” says Paul Friesen, the PC(USA)’s regional liaison for Southeast Asia.

Birth of a church

Vietnam is traditionally a Buddhist country. Because of the efforts of French Catholic missionaries in the 19th and early 20th centuries, Vietnam today has about 6 million Catholics, about 8 percent of the country’s 87 million population. The first Protestant missionaries entered Vietnam in 1911. Today there are about 1½ million Protestants, or about 1.2 percent of the population.

In 1988 a small group of Christians began to meets in the home of Ho Tan Khoa and his wife Mary Lien in Ho Chi Minh City. This became the nucleus of the United Presbyterian Church of Vietnam (UPCV). 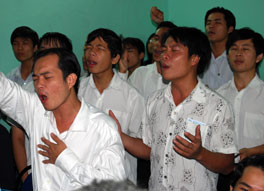 As Khoa’s group sought resources for training leaders and learning the Bible, they were aided by Mercer Island Presbyterian Church, in Seattle, Washington. The church’s membership has grown to about 6,500, divided among over a hundred small fellowship groups. Most are located in the southern part of Vietnam, but the northern city of Hanoi now has four congregations. The members gather in homes or rented facilities. Among the church leaders are 10 pastors, 16 candidates for the pastorate and 33 evangelists.

U.S. Presbyterians are supporting the fledgling church in Vietnam in a variety of ways. The PC(USA) Office of International Evangelism  is helping to provide leadership training, and funds for an office headquarters, annual leaders’ meetings, and an annual women’s gathering. In the future, OIE will be supporting the mission outreach of the UPCV and the work of the church’s bible school.

Toward a more public witness

Official recognition will enable the church to proclaim the gospel publicly and reach out more visibly to the non-Christian population. It may also open the way for the church to host a mission co-worker from the PC(USA), a position we hope to have in place this year. Mission leaders expect a growing number of house churches to surface in Vietnam as more and more Protestant denominations receive official recognition.

If you would like to support the work of OIE in Vietnam, give to the Extra Commitment Opportunity account for Vietnam, ECO 040079.  You may also give to the General Frontier Evangelism account, ECO 863001.