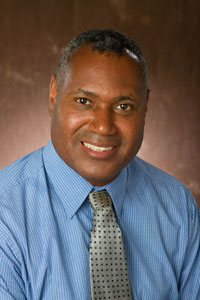 Vince Patton is the racial ethnic leadership development manager for Racial Ethnic & Women’s Ministries, with responsibility for planning and coordinating leadership institutes sponsored by the ministry area. He previously served as the editor of These Days devotional magazine and as the director of church relations for the Presbyterian Publishing Corporation. Vince also served as an editor of curriculum for youth and young adults and as the associate for interpretation resources and promotion writer for the General Assembly Council. Vince has a Bachelor of Arts and a MBA from Xavier University in Cincinnati, Ohio. Vince is a ruling elder and deacon in the PC(USA). He has served several terms on the Committee on Preparation for Ministry in Mid-Kentucky Presbytery.