Cultural Proficiency celebrates God’s gift of human diversity. It seeks to promote an overall culture where opportunities for greater awareness, affirmation and the courage to face challenges connected to our differences and similarities are welcomed.

You are invited to inquire, explore, and share with us the ways being culturally proficient can assist in transforming people, institutions and faith communities.

A little picture of heaven 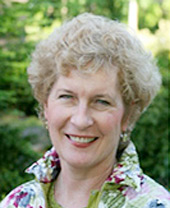 Since answering the call to serve the General Assembly Mission Council, one of the most exciting ways in which I have witnessed God at work in and through the Presbyterian Church (U.S.A.) has been in moving us toward becoming a more welcoming, loving and diverse community. Not only does our evolving multicultural communion more faithfully reflect the particular context in which God has planted us, but also God’s plan for the church.

For second generation Korean-American Jonathan Choi, a student at Presbyterian College, the multicultural community is the only one that accurately and powerfully reflects the reality of both his world and his faith. “I think it’s the greatest thing,” Choi said following his first joint worship experience at Ray-Thomas Memorial Presbyterian Church in Marietta, Georgia, in which hymns were sung in three different languages. “It’s a little picture of what heaven might be like.”

Ever since the Holy Spirit joined people from every nation into one united body at Pentecost, we have continued both to be challenged by and to live into God’s vision for us. We have been called by God to break down the many walls that separate us, affirming that a diversity of experiences and perspectives will powerfully enrich and inform our lives in community.

All across the PC(USA), God is doing a new thing in cities like Philadelphia, where the Broad Street Ministry continues to know no barriers. It reaches out to engage and unite people in hospitable outreach, civic involvement and creative expression across lines of race, class, theological beliefs and worship practices. Founding PC(USA) pastor Bill Golderer sees Broad Street's innovative ministry as an embodiment of Galatians 3:28, in which all distinctions pass away in Christ Jesus. Nowhere perhaps is that reality more evident than at the “No Barriers Community Dinners,” where every month members of the city’s most divergent populations — from the homeless to Philadelphia’s movers and shakers — sit together “at table.”

The prophet wrote in Revelation 7:9, “After this, I looked and there was a great multitude that no one could count, from every nation, from all tribes and peoples and languages, standing before the throne and before the Lamb  …” Such is a vision to which we can aspire, and for which we are called, not only in our congregations but in our workplaces and communities, too. As we use the resources found here to become more culturally proficient and to build more just and equitable relationships with all of our brothers and sisters, let us join in making a reality the vision of a community that welcomes, celebrates and encourages the gifts of all people.

On being a good neighbor

As the planning committee for the national staff Presbyterian Church (U.S.A.) 2010 Martin Luther King Jr. observations contemplated the theme for this year’s justice walk, we could not imagine how relevant the final theme choice would be for events yet to come. Serving as the theme of the 2010 justice walk, “On Being a Good Neighbor” is the title of a speech the Reverend Dr. Martin Luther King Jr. delivered during the Montgomery Bus Boycott in 1956. It is within this speech Dr. King asserts that the ultimate measure of a man [woman] is not where he [she] stands in moments of comfort and convenience, but where he [she] stands at times of challenge and controversy.